Spring Rides start in May!! 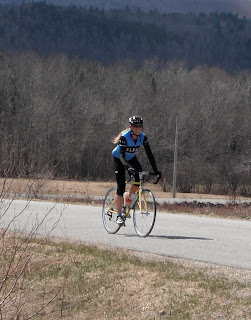 Starting next week the Belfast Ride Schedule will go into effect.

Get all the details for rides:
CLUB RIDE SCHEDULE
As always, if you have a question, send an email to the club email address.
Posted by GregPB at 7:50 AM No comments:

Weekday and weekend rides have started although at present we haven't been riding according to the club schedule. Club schedule rides will resume in May. Until then, check your club email to see who is riding and where.
Posted by GregPB at 12:52 PM No comments:

Apparently we will all need to get new bikes now.... 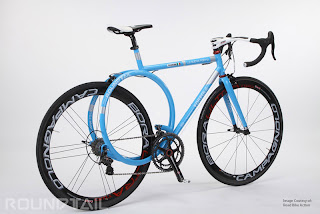 Introducing RoundTail (TM), a revolutionary custom made bicycle frame that dramatically increases comfort.
Posted by GregPB at 7:53 AM 1 comment:

We are all in this together regardless of where we live.

A cyclist who died after he was hit by a lorry in south Belfast on Friday morning has now been identified, police say.
http://www.u.tv/News/Cyclist-killed-in-city-crash-identified/abd0fd1a-2b06-4b83-a720-6a471cdbb296
This tragic event happened today in Belfast, Ireland.
Shortly thereafter, the Belfast Bicycle Club received this email:
Hello. You dont know me. I googled for belfast cycle clubs and found your web-page,
Maybe you have heard that a truck hit two cyclists on Ormeau Road during morning rush hour today, killing a 42 year old male cyclist. I dont know how badly injured the other cyclist was.
I quite often cycle this road, at the same time of day as this accident, to get to work. I nearly did cycle down there today, but as it happens I took a bus, and then when the bus was diverted I took a taxi because I had to get to an appointment. My taxi driver commented that "cyclists should be banned from the road". This really amazed and offended me, and made me want to protest for trafic courtesy and improved cycle paths in Belfast.
I wonder if it would be possible to harness the feelings that this accident will doubtless raise in the community to organise a mass cycle to work day next friday, to honor the dead cyclist and try to raise awareness that cycling is an enviromentally friendly tranpsort, saves congesion, and bikes have a right to be on the road.
I am not an "activist" type, but if there are others in Belfast who feel like I do I'd gladly join with them next Friday in trying to raise awareness of cycling road safety. I'd personally love to see as many cyclists as possible cycle down this stretch of Ormeau Road next Friday morning (I know a handful of cyclists who would jon me). And I suggest wearing flourescent safety clothes and black armbands.
Regards
Alison
This email struck me as so powerful...a strong reminder that as cyclists, we are all in this together, regardless of where we live. Please take a moment for some silence for this fallen rider from Belfast.
Posted by GregPB at 11:15 AM No comments: 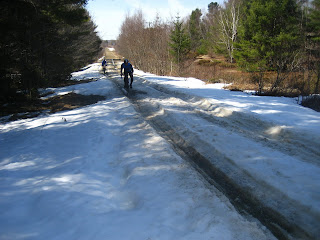 This picture pretty much sums up the "Epicness" of the ride today..
We had flat tires, mud, loose gravel, sand and snow, but the sun was shining, we rode amongst friends and we all made it out unscathed.
Already looking forward to next year!!
Posted by GregPB at 9:05 PM No comments:

A bicycle club for riders of all genders and ages. Weekly group rides from Belfast and Searsport, Maine offer rides of distance and pace for just about anyone.

Got Questions? Send us an email.

Other Sites You Should Check Out

Next Meeting will be Tuesday January 22nd @ 6 PM. All are welcome, bring a snack or refreshment to share.


All Club meetings will be held at The HUB / Bay Wrap in Belfast, ME unless otherwise noted

Promote Your Page Too